Posted on April 17, 2019 by utkintonwebmaster

SAINT JOHN OF THE CROSS

An oil painting by Salvador Dali.

The name of the Church where we come to worship is Saint John of The Holy Cross.

John drew a sketch of Jesus on the cross. This depicted the pain, suffering and agony of Jesus during his Crucifixion.

This Sketch was shown to Salvador Dali in 1945 and from it he painted ‘John of the Cross’. It took him four months .

When it went on view for the first time people were astonished. The impact was most profound on all who saw it

Dali took the centre of his painting as the bowed head of Jesus and drew a triangle around it from the outstretched arms to the feet.

This to represent The Holy Trinity and Life Everlasting.

The Dawn of a new beginning.

It is a view of a tormented God The Father looking down on his Son from above against a darkened sky. Floating over a tranquil body of water on which there is a fishing boat and fishermen: ‘The Fishers of men’. 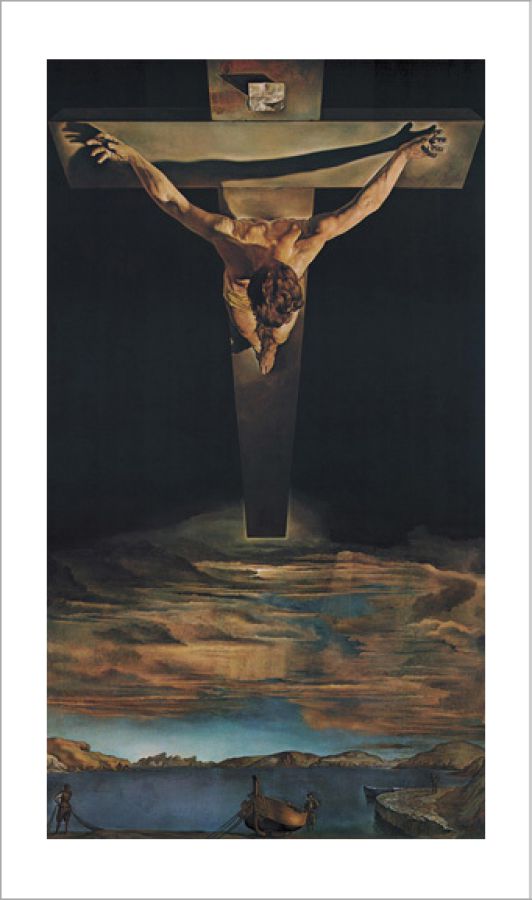 The land behind represents the lands where Christianity spread.

It was purchased by The Kelvingrove Art Gallery, Glasgow.

They were much criticised for purchasing a painting from a non-Scottish Artist.

Many also had a view that it was too Catholic.

Nevertheless, it was seen as a wonderful painting of great impact and all who see it cannot help being affected and greatly moved.

The Spanish Government offered to purchase it from the Gallery for $80 million. This was not accepted.

It has been on loan to The Royal Academy, London and Exhibited at The Dali Museum, St Petersburg. It returned to Kelvingrove Art Gallery in 2018 and has become Scotland most treasured painting and has become the most profound Religious work in the world of the modern age.

Dali was invited many times to visit Glasgow to see his painting, but sadly he never managed to make the journey.

Our Church, in Cotebrook, now has a wonderful print of the painting donated by a kind and charitable parishioner and it hangs in ‘pride of place’ in the Church on Stable Lane, Cotebrook.  It can be viewed when there is a service on a Sunday from Sunday 7th May.

Written by a proud parishioner